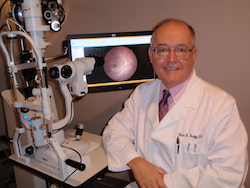 Dr. Alan Bugg was born in Illinois and raised in Clinton, KY. After graduating from Hickman County High School, he received a Bachelor of Science degree from Murray State University and his Doctorate of Optometry degree from Southern College of Optometry in Memphis. While at SCO, Dr. Bugg received the William Feinbloom Award for Low Vision. He holds licenses to practice in both Tennessee and Kentucky and began his career in 1982 in his hometown of Clinton. He later opened an office in Union City, TN and, in 2004, built a new office that is currently Union City Eye Care.

Dr. Alan is married to Nancy and they have three sons: Brandon, a pharmacist, and Bradley and Britton, who are both optometrists.  He is a past member of the Union City Jaycees and the Kiwanis Club.

Dr. Bradley is a member of the American Optometric Association, the Tennessee Association of Optometric Physicians, and the Vision Source National Optometrist Network.  The son of Dr. Alan Bugg and Nancy Bugg, he joined his father in practice at Union City Eye Care in 2014.  In his spare time, he enjoys playing golf, attending sporting events and concerts, cooking, and watching movies. 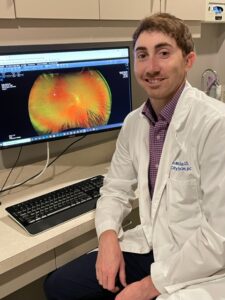 Dr. Britton is a member of Vision Source National Optometrist Network, the American Optometric Association, and the Tennessee Association of Optometric Physicians.  He is the son of Dr. Alan Bugg and Nancy Bugg and the brother of Dr. Bradley Bugg.  He joined Union City Eye Care in 2020, and he spends his free time playing golf, going to sporting events and concerts, and watching movies. 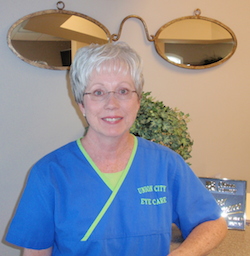 Nancy has been a full-time employee of Union City Eye Care since her retirement from teaching in 2005 from her alma mater, Union City High School. She obtained her Bachelor of Science degree from Murray State University and also taught in the Memphis City Schools. She is a past member of the Union City J’Cettes and the Alpha Delta Kappa teacher sorority.  As Union City Eye Care’s office manager, Nancy strives to ensure a smooth process throughout each patient’s visit to our office.  She and her husband, Alan, live in Union City, and enjoy traveling, sports, and spending time with their family. 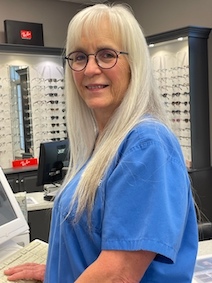 Betsy began her career in eye care with Dr. Bugg in 1982. Having been at Union City Eye Care since its inception, she has performed nearly all facets of the practice. She has the knowledge and experience to help patients in any area and to answer any questions they may have. Betsy has attended numerous seminars and insurance coding workshops during her tenure at UCEC. She grew up in Union City, graduated from Union City High School, and now calls Obion, TN home, along with her husband, Tim.  Betsy loves gardening and decorative painting. 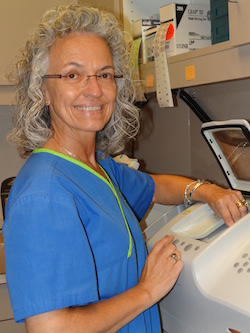 Nina has been Union City Eye Care’s optical technician since 1990, and was in eye care for 4 years prior to coming to UCEC.  She assists patients with personalized frame selection and helps them choose lenses to match their lifestyle and everyday needs. She also handles optical inventory of frames and lenses, as well as dispensing, adjusting, repairing, and fabrication of many of the patient orders. Nina has participated in many workshops and training sessions throughout her career to keep her up to date on the latest optical trends and technology.  A graduate of Union City High School, Nina lives in Union City and has two married sons, Dustin (Kailey) and Corey (Shay), and a granddaughter, Scarlett Jo and a grandson, Hudson Nash.  A member of Calvary Baptist Church, Nina enjoys spending time with family and friends and reading. 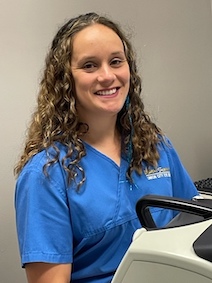 Kassadie grew up in Union City and is a 2011 graduate of Union City High School.  She began her career at Union City Eye Care in 2016, serving as optometric technician which includes preparing patients to see the doctor by administering pre-testing and medical diagnostic testing.  She is also our contact lens technician and is responsible for ordering contact lenses and keeping up with new developments in the contact lens world.  Kassadie lives in Troy, TN with her husband Clint and daughter Annsleigh.  She loves fishing and hunting with Clint, going to the beach, spending quality time with family, and watching football. 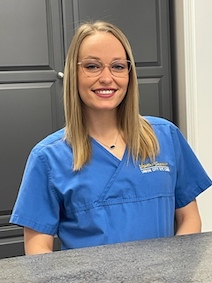 With over 5 years of experience in business management, Brooke joined the staff of UCEC in 2019.  Her original responsibilities of optometric technician included assisting patients with medical diagnostic testing.  She quickly realized that she loved helping patients with their glasses selection and fabricating glasses.  Now, approved by the TN State Board of Dispensing Opticians, she is a Dispensing Optician Apprentice, and will learn all there is to know to assist patients in finding the perfect visual solution for them.  Originally from Florida, Brooke graduated from Ponce de Leon High School in 2008.  She now resides in Union City with her husband Kevin and their two sons, Logan and Liam.  In her free time, she greatly enjoys singing and painting. 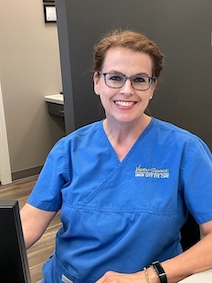 You’ll meet Vicki upon your arrival to Union City Eye Care.  Whether it’s facilitating a smooth check-in for your appointment, assisting with an optical supply purchase, or scheduling your next visit, Vicki will put her 20+ years in customer service and office management to use to ensure your time with us is relaxing and enjoyable.  Vicki lives in Greenfield with her husband Brian and a menagerie of much-loved pets.  Her children, Truman and Lydia, both attend Middle TN State University.  Together, Vicki and Brian share a passion for theatre.  She also loves to cook, travel, and go antiquing. 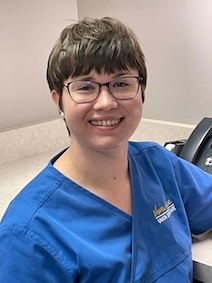 Ronda is the phone receptionist at UCEC, and she schedules appointments and prepares insurance information for each patient before their appointment.  An Obion County native, Ronda graduated from the University of  Tennessee Martin with a Bachelor’s degree in International Studies.  She spent a year in Japan studying at Hirosaki University through UTM.  This experience instilled a love of travel and an appreciation of cultures different from her own.  In her spare time, she enjoys reading, spending time with family, and binge-watching Netflix.

Let's continue the conversation over on your social network of choice.

Leave Us a Review

Please take a moment and let us know how your experience was.